You are at:Home»News and Topics»Top Travel Destinations For Irish Food Lovers
Share

For lots of us, eating the local cuisine is a big part of the holiday experience. While France and Italy have traditionally been the top holiday destinations for food lovers, now some new contenders have arrived.

There was a time in Ireland when you were lucky to get out of the country on your holidays. Anything more exotic than Courtown, Mosney or Trabolgan meant you were in danger of getting ideas above your station. And if you were lucky enough to jet off to Costa Del Sunburn, you certainly couldn’t come home raving about the local cuisine. You’d be accused of that most peculiar of Irish transgressions: having notions.

Thankfully all that has changed. We’re now a much more adventurous lot, keen to explore lots of different cultures and sample delicious foreign dishes . In fact, according to Travel Republic, local cuisine has become a huge consideration for Irish people when making holiday arrangements. Here are the most popular emerging destinations that are currently climbing up Irish travellers’ wish lists.

Denmark is being tipped as one of the top foodie destinations for 2019. That’s no surprise considering the massive growth and development of the food festivals taking place there. In the last year alone, Travel Republic bookings to Copenhagen have increased by 14%.

Irish people travelling to Denmark are keen to check out top foodie events such the Mad Food Festival (next event August 2020) and the Copenhagen Cooking and Food Festival (August 23rd – September 1st). These events showcase the latest in food trends and innovation. Best of all, they’re set against a backdrop of music, chef led workshops and the fun of new discoveries. 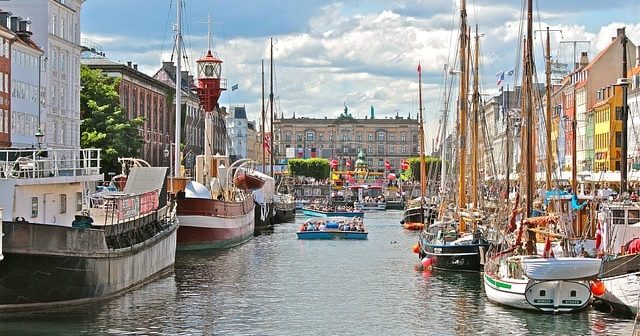 Since new direct routes were announced from Dublin to Hong Kong last June, this foodie mecca has seen a 109% increase from Irish customers seeking a destination packed full of exotic flair and fare.

From October 31st to November 3rd the Hong Kong Wine and Dine Festival will showcase world class food, drink and entertainment against the iconic Hong Kong skyline. The festival features wine pairing meals and tasting masterclasses as well as over 400 drinks booths to keep attendees refreshed. This year will mark the 10th anniversary of the festival so it’s sure to be their biggest spectacle yet.

The craft beer scene has exploded in Ireland, and with it a heightened interest in German food and beer.  Thanks to this increased interest in craft beer culture, along with the commencement in October last year of direct flights to Munich, travel to Oktoberfest from Ireland has increased by 40%.

This year’s event will take place from September 21st to October 6th. It promises to transform Munich city centre into an urban festival like no other, brimming with tents, tankards and  plenty of lederhosen.  And when you need a break from the tents, there are parades, brass bands, fairgrounds and the general carnival atmosphere to soak up. 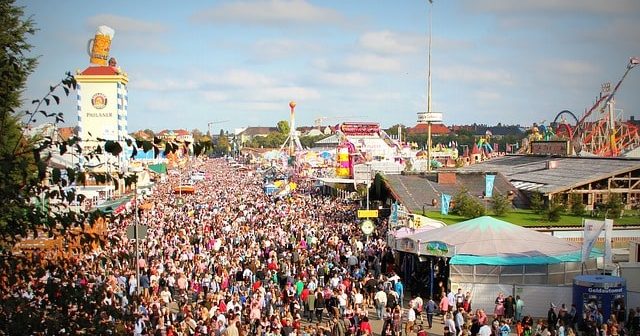 Of course, if you can’t make it to see the real McCoy in Munich, you can console yourself at the Dublin Oktoberfest which celebrated its tenth birthday last year.

Travel Republic, one of the most well-established online travel agents in Europe, handles two million Irish and British holidaymakers annually. With access to 300,000 hotels, 200 airlines and 1,000 destinations, Travel Republic offers a breadth of choice for holiday makers. They have been successfully helping people with hotels, flights and other travel arrangements for 15 years.

So go on, what are you waiting for. Isn’t it time you got yourself some notions?

Previous ArticleIs This The World’s Most Beautiful Bookshop?
Next Article Weird & Wonderful Irish Inventions That Changed The World