Seawater farming sounds like a desperate attempt to produce food in a world so short of water that we can’t spare enough to keep the crops growing. On the contrary, it’s just the sort of approach we need for the future of farming.

People have been trying to grow food with seawater since the 1960s but the last decade has seen a real push to make it viable. There are a couple of reasons for this. Firstly, coastal flooding and rising seas are causing salt levels in our soils to increase, threatening crop production and the livelihoods of coastal farmers.

Secondly, demand for food will rise as populations grow. And if we need more food, we will also need more water, farmland and other resources. Seawater farming could be the answer. This new method, which is being pioneered by an agri-tech company called Seawater Solutions, doesn’t just produce food; it also renews soils, stores carbon, supports wildlife and fights climate change. And it does all that without using a single drop of freshwater. So, how does it manage to tick all those boxes? By growing food in saltmarshes.

Saltmarshes are vital for wildlife and biodiversity but they’re not exactly a feasible way to generate income – until now. Seawater Solutions wants to make them commercially viable by helping farmers to turn their degraded or underused land into saltmarsh ecosystems. The company has developed renewable, automated, and self-regenerating seawater farming systems where naturally salt tolerant vegetables called halophytes are grown. These amazing plants are highly nutritious, ensuring plenty of interest from trendy types looking for the next superfood. They can also be used in the manufacture of cosmetics, biofuels, health products and animal fodder.

Seawater farming holds some promise for livestock farmers, too. Animals fed on salt-tolerant meadows could earn more for farmers because their meat is more highly valued. Saltmarsh lamb, for instance, is something of a delicacy. Surprisingly, this lean meat doesn’t even taste salty, but has a sweeter, denser flavour than grass-fed lamb. 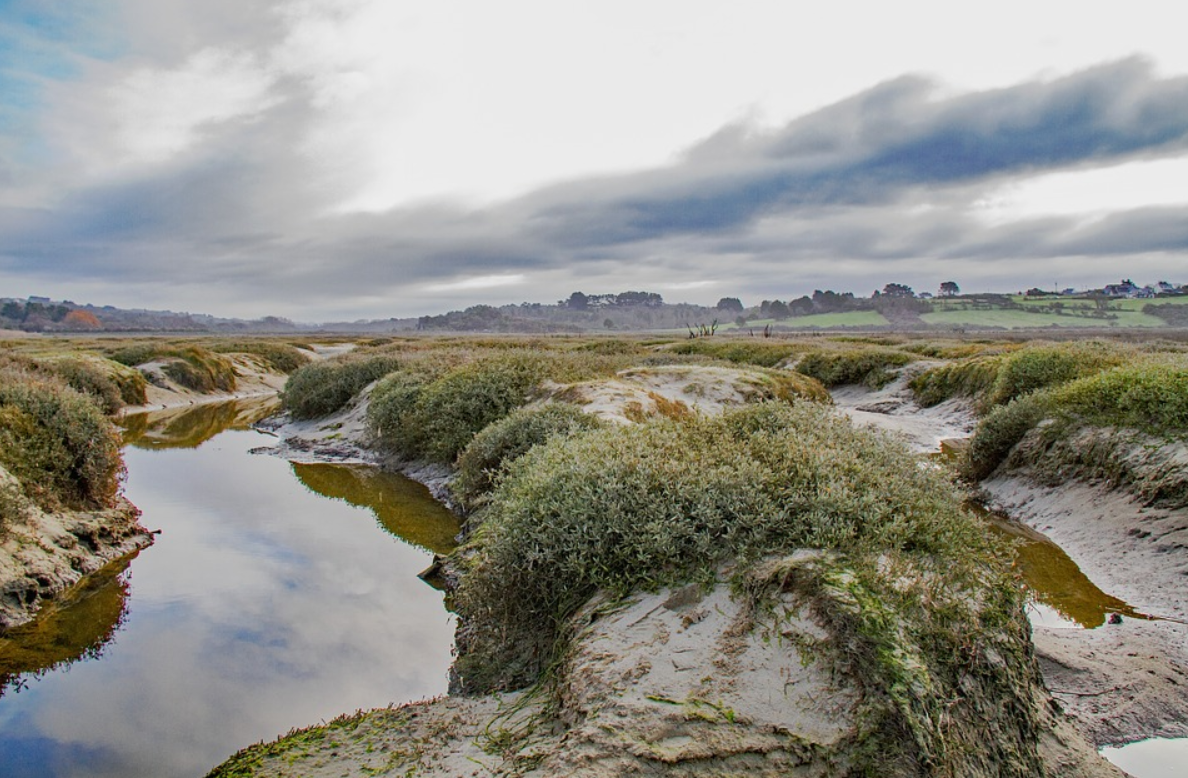 CASHING IN ON CARBON

Seawater Solutions’ farming method is organic and good for the soil, so it helps to regenerate the land. Plus, saltmarshes are excellent at capturing and storing carbon. Amazingly, they can take in thirty times more carbon than rainforests. Seawater Solutions are currently working with universities and research institutions to develop the world’s first saltmarsh carbon credit scheme. The idea is that businesses who want to offset their carbon emissions would pay seawater farmers. Seawater Solutions estimates that carbon credits could be sold in the U.K. for £2,400 per hectare per year. So, farmers would receive two new income streams, one for storing carbon and another for growing the high-value halophyte crop.

Irish farmers may soon be able to cash in on carbon, too. In June 2020, the Minister for Agriculture said the EU’s Farm to Fork Strategy is introducing a new model where farmers get paid to sequester carbon on their farms. The Department of Agriculture, Food and the Marine is considering how this could be implemented.

Carbon storage isn’t the only environmental benefit to this new farming model. The halophyte plants create new eco-systems on land that was previously unusable or degraded, thus providing habitats for wildlife and protecting biodiversity. These new eco-systems help protect coastlines against flooding and erosion. 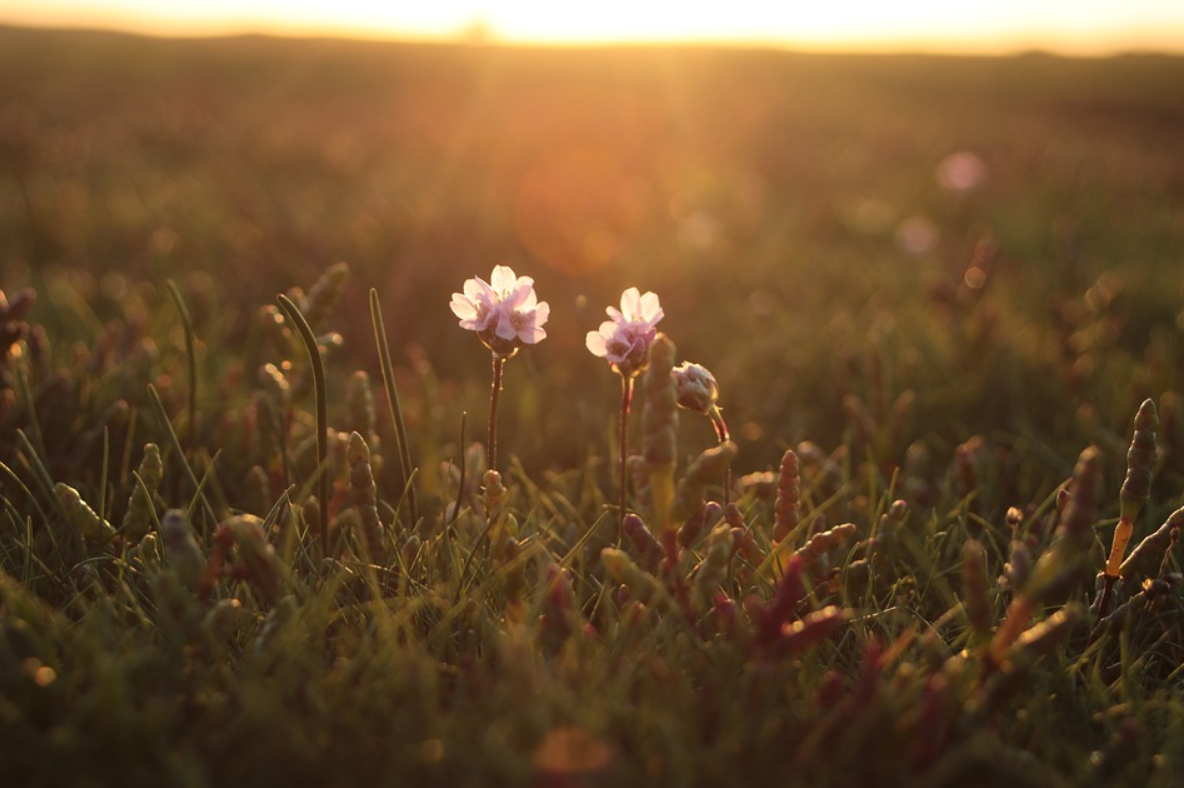 Seawater Solutions is an ingenious venture but perhaps the most incredible thing about it is its location on the western coast of Scotland. Isn’t there enough rain in Scotland to farm without resorting to seawater? Not so, according to the Scottish farmer who has partnered with the company, because he is increasingly having to extract more groundwater to irrigate his land. 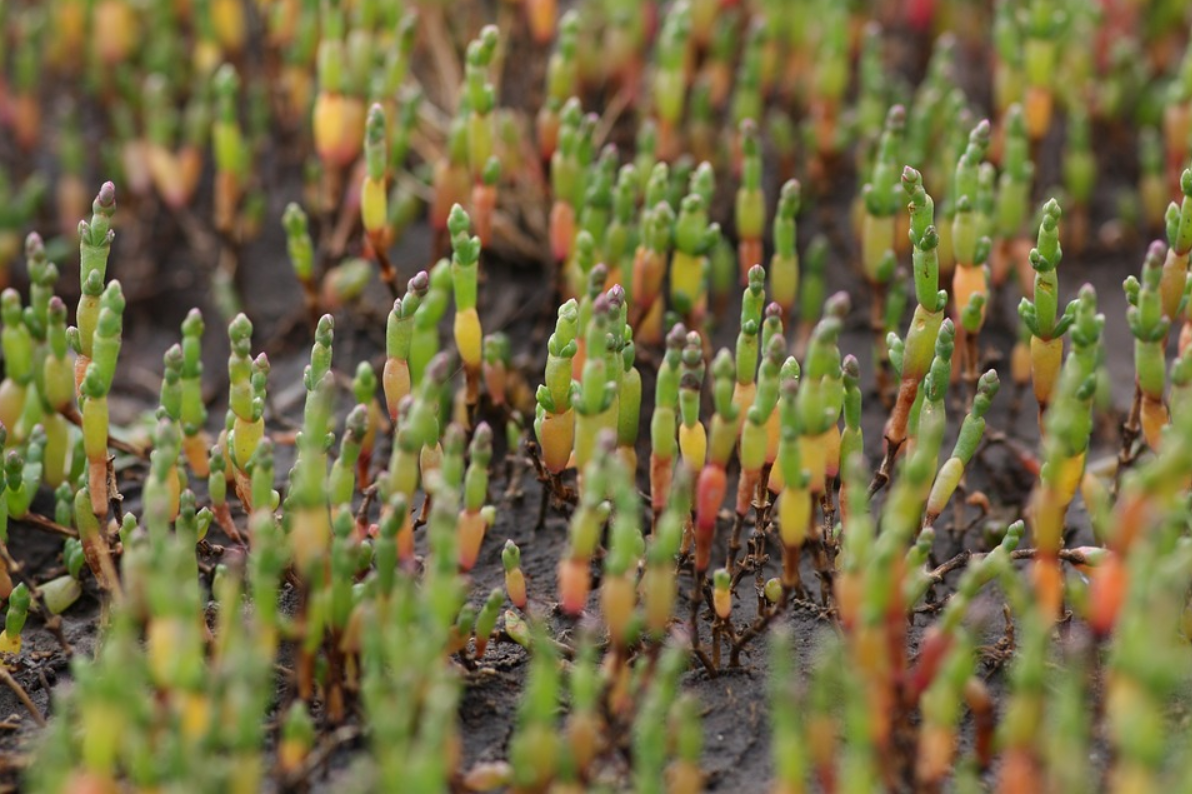 In addition to its work in Scotland, Seawater Solutions operates in Vietnam, Bangladesh and Malawi. In Vietnam, where seawater is travelling further upriver each year, many farmers are no longer able to produce crops. The race is on to address this problem. Seawater Solutions is helping Vietnamese farmers to diversify into shrimp farming on land that is otherwise unprofitable. They also work with rice farmers who are struggling with rising salt levels by providing them with an alternative stream of income. These farmers can grow halophyte crops on land that is no longer viable for rice.

Seawater Solutions are a young company, but they have big plans for the future. They intend to introduce thirty salt-tolerant vegetables over the coming years and are actively seeking farmers to partner with all over the world. If you’d like to learn more, you can find them here.

Previous ArticleHiking Gear: What do I Need to Walk Ireland?
Next Article Irish Art – Portrait of a Celtic Maestro