You are at:Home»The History of Us»The Death of an Elephant in Dublin in 1681
Share

It is mind-boggling to think that an elephant lived in Dublin over 330 years ago. As you can imagine, it was probably a tortured soul.

Colm Moriarty tells us how he stumbled across a curious 17th century account of an elephant in Dublin city. Yes, you read right, an elephant!

The elephant, an exotic import, was owned by a Mr Wilkins, who kept it in a specially constructed ‘booth’ near the Custom House on Parliament Street/Essex Street. Here members of the public could view the elephant, but only after paying a significant admission price. 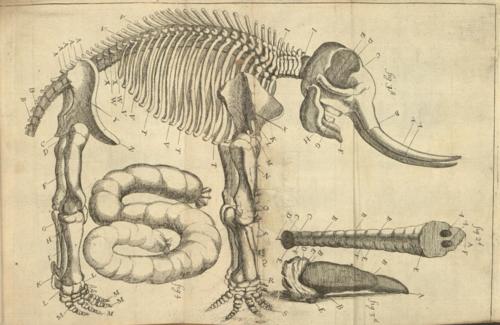 Unfortunately, on the night of Friday the 17th of June 1681, things went disastrously wrong for this zoological enterprise. At approximately three in the morning the wooden booth caught fire and was quickly enveloped by flames. The elephant, trapped inside, was overcome by the fire and smoke. News of the elephant’s death soon drew a large crowd of onlookers, many of whom had not been able to see the living animal due to the high admission price. It was a motley crew and things soon got out of hand. As the flames died down many of the onlookers rushed forward and attempted to carry parts of the dead animal away.

The manager, Mr. Wilkins, became alarmed as he realised there was still money to be made out of the unfortunate animal. Ever the businessman, he intended to put the elephants skeleton’s on display and he couldn’t afford to lose any of its corpse. He quickly sent for a troop of musketeers who were ordered to guard the dead animal by force arms. Work was also started on a shed to cover the elephant’s body and this was completed by 7 o’clock on the Friday evening. 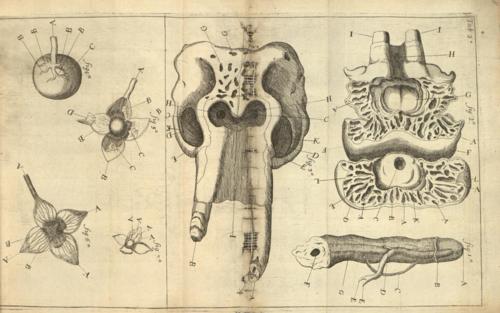 Wilkins then assembled a team of butchers to de-flesh the elephant’s corpse. These were just about to commence work when Dr. Mullen arrived at 8pm. Mullen, who was a graduate of Trinity College Dublin and a member of The Royal Society, had a keen interest in anatomy. Unsurprisingly he wanted to carry out a far more clinical dissection of the dead animal and he requested Mr. Wilkin wait until a proper team was assembled. However, this appeal fell on deaf ears. The elephant’s corpse was beginning to stink and Wilkins feared that the Lord Mayor would order its removal as the newly built shed was located very close to the Custom House and City Council Chambers. In addition, he was worried about how much longer the ‘rabble’ assembled outside could be held at bay.  Wilkin would allow Mullen to oversee the work, but it had to commence immediately.

Thus by candlelight Dublin’s very first elephant dissection began. A team of local butchers slowly took the animal apart under the watchful eyes of the doctor. Mullen studiously recorded the impromptu dissection and his observations were published the following year. What happened to the elephant’s skeleton, however, remains a mystery. I wonder where it ended up?

As a footnote, according to Frank Hopkins, who wrote the book, Rare old Dublin: heroes, hawkers & hoors (Dublin, 2002) the street where this poor beast was kept was dubbed Elephant Lane. As the city changed over the years, it was re-named Tyrone Place in 1870. And once again the named changed to Cathedral St. in 1900.

This article first appeared in the fascinating Irish Archaeology blog, have a skim through its pages, you’ll lose yourself for hours!